Bitcoin is in the lead in the ascending this week after it broke its highest level ever recorded in March at 61,788 dollars, to achieve a new peak at $ 64,450, and most cryptocurrencies have achieved their highest levels ever to follow the same approach as the leading cryptocurrency.

It took Bitcoin some time to break the $ 60,000 support level again, but in a massive jump, it was able to aggressively breach it, setting another new record high. 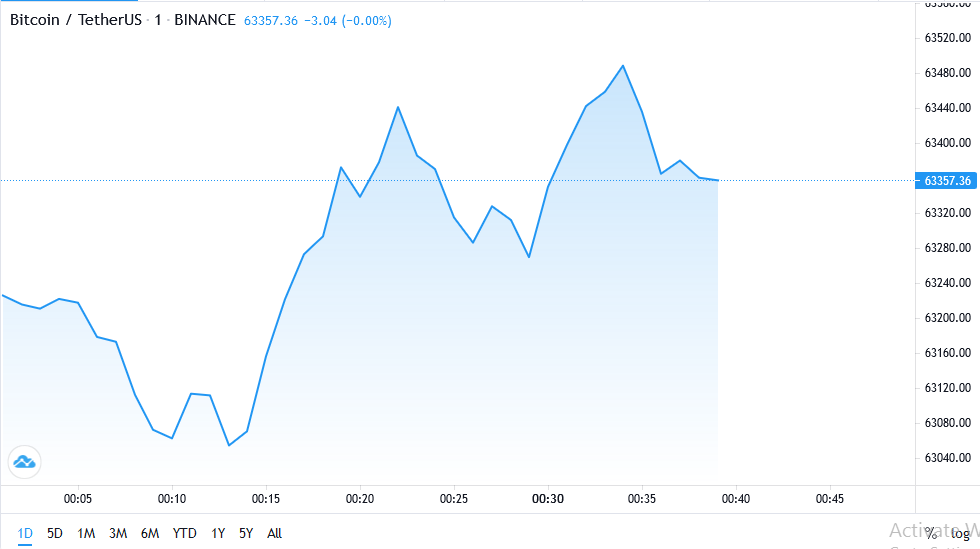 The inclusion of the Coinbase platform supports Bitcoin

The mood in cryptocurrencies turned to optimism again before Coinbase was launched to the public on the Nasdaq Stock Exchange. In one of the clearest signs that Wall Street is accepting cryptocurrencies, Coinbase went public on the stock exchange on April 14 with a market valuation of $ 100 billion (and from Likely to go up exponentially).

Coinbase founder Brian Armstrong said that the exchange currently has more than $ 200 billion in cryptocurrencies, accounting for 11% of all cryptocurrencies in the world, and nearly half of that number belongs to institutional investors.

Coinbase is the largest crypto exchange in the US, has 56 million verified users, and welcomes about 13,000 daily investors.

Bitcoin set a new record value of $ 64,450, surpassing the consolidation phase on the series, which lasted for a month between $ 58,000 – $ 60,000. The new phase of the uptrend saw the conversion of the cryptocurrency of the main consolidation phase into strong support on the chain.

With the market’s indomitable recovery, the total market value of Bitcoin has reached $ 1.2 trillion, making it larger than the British pound sterling, and the sixth-largest currency in the world according to its assessment, given the huge and strong rises in Bitcoin prices since the beginning of this year.

The past few months have seen the arrival of new investors in the form of Tesla, MicroStrategy, Square, and other companies, and we’ve also seen investment giants like Goldman Sachs and Morgan Stanley announce new investment products that support Bitcoin for their wealthy clients.

The price of Bitcoin has skyrocketed in the past 12 months due to its anti-securities features. The digital currency is popular due to its “liberal anti-government ideas” and simpler buying talents, which has made it a viable competitor to the shiny gold that is another hedging asset, but it has A poor performance on its record against mounting inflation concerns.

Bitcoin is currently hovering above the $ 62,000 level, as it sets its eyes on $ 70,000. In the next stage of the upward path, the direct listing of Coinbase on the Nasdaq could play a bullish role for the most important cryptocurrency, as the most popular platform for trading cryptocurrencies represents a milestone in the cryptocurrency ecosystem.

Analysts’ expectations for the cryptocurrency for the end of the year have doubled by more than $ 100,000, and the price target appears to be more than achievable, given the increased demand and the influx of new investors.