Bitcoin and Ethereum both hit all-time highs, and the total market capitalization of the crypto market also reached a new record. As November turned into a real record month for cryptocurrency investors, for the first time in the history of cryptocurrency the $3 trillion barriers were broken, as is the case always with new highs, the question arises as to what external factors contributed to this.

Bitcoin reached a new all-time high of over $68,000 last Tuesday (November 9), then the coin fell below $67,000 as it corrects the recent upward move and continues to the downside, currently trading in the $65,000 range.

The cryptocurrency market has performed tremendously over the past few weeks, with Bitcoin and Ethereum hitting new all-time highs. 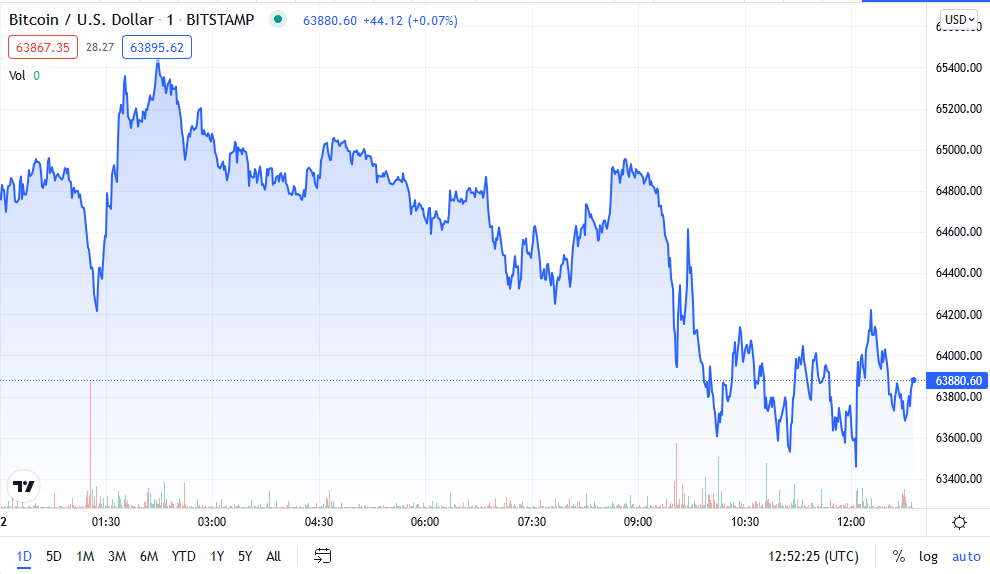 The eventful year of 2021 is coming to an end and Bitcoin is seizing the opportunity to raise its price to a new record, if you just look at the performance since the end of 2020, the largest cryptocurrency by market capitalization recorded an increase of more than 850%.

And it seems that there is no end in sight for a long time, as early as November 8, 2021, the price of Bitcoin rose to a new record, a day later, there was another high, the all-time high at $68,564, the interesting thing about it is that it was reached A new all-time high in a much shorter time than in the past.

It is reported that Bitcoin reached its previous high on October 20, 2021, which means that it took nearly six months before reaching its highest level was celebrated, a look at the calendar reveals that it was much faster this time, the market value of the leading currency rose to 1.3 trillion dollars.

The sharp rise in the entire crypto market has brought the market value of all assets to more than 3 trillion dollars for the first time, since November 7, 2021, the price of the total market capitalization has risen sharply from 2.8 to 3 trillion US dollars in a few hours, but what are the reasons for the current rise? Looking at the mainstream headlines, this question is not easy to answer.

While the entry of institutional investors or reports about Tesla and MicroStrategy boosted prices in the past, there is currently no similar news, instead, very positive market sentiment is likely to be responsible for the price rally.

JPMorgan says the growing number of millennial investors could push bitcoin to $146,000 In Miami he will receive his next 100% salary in bitcoin.

Within the next five days, the Bitcoin protocol is set to undergo a soft fork, known as the Taproot upgrade, which aims to improve network privacy, efficiency, and smart contract capabilities.

This is seen as the first major upgrade since August 2017 that Bitcoin introduced the Segregated Witness (SegWit) feature, and saw the launch of the Lightning Network. This soft fork and upgrade have the potential to further enhance the value of Bitcoin.