Since Bitcoin recorded a high of $69,000 on November 10, the price of the coin has entered a slump, losing nearly 20% of its value and reaching a monthly low of $55,000 after just one week, while this sharp price drop Done in a relatively short period but it is so good that it can get rid of some trembling weak hands in the market.

The total cryptocurrency market cap has added $45 billion to its value for the period since Monday and now stands at $2.62 trillion. Bitcoin is currently above $57,900, and Ether is at $4,370. 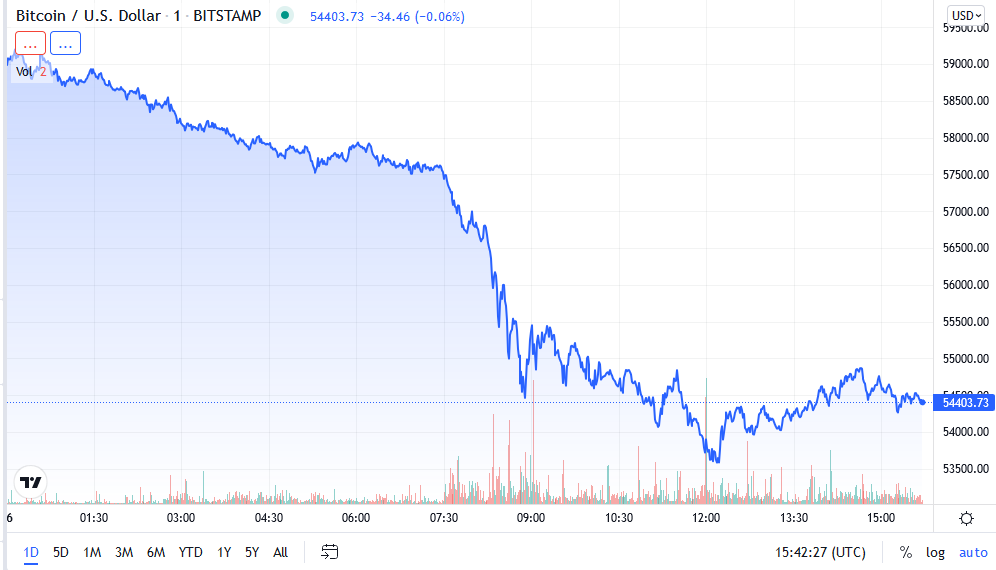 The largest and most popular cryptocurrency managed to reach the $60,000 price last Saturday but was overcome with bearish momentum, the coin fell to $58,755 on Sunday, ending the seven-day period with a loss of 10.7%, looking at the bigger picture and the weekly chart Bitcoin could maintain the bullish structure Unless it breaks below the $51,500 high it hit in September.

On Tuesday the coin made a new monthly low by hitting $55,200 the day but managed to bounce out of that area and rise to $57,500 as volumes started to increase again, Wednesday came down to $55,800 in the early hours of trading, but Buyers partially erased losses later in the day, however, the coin closed in the red, and on Thursday Bitcoin managed to rally above the $58,000 mark.

The stages of price movement during 2021

Bitcoin is trending higher again and is currently trading below its all-time high set earlier this month. Altogether, the Bitcoin price has risen about 123% since the beginning of 2021 as of the time of writing, the leading digital currency has essentially gone through three phases. in 2021.

1. January through April: During that period, checks on stimulus, ultra-loose Fed policy, and consumers stuck at home, meaning that traders turn first to every speculative asset class from meme stocks to cryptocurrencies, have also remained drivers of adoption. The underlying lead coin is strong, but the size of the movement combined with the short period of time in which it occurred has led to clear questions about its sustainability.

2. From April to August: China cracks down on Bitcoin mining, Elon Musk questions whether using electricity to mine Bitcoin is worth the cost and environmental impact, and many speculators exit the market. Bitcoin miners migrate from China to Texas, Washington, and other US states where Cheap and plentiful electricity.