EURUSD fell on Friday morning in the European market, and recorded its first daily loss, retreating from its highest level in three months, with the activity of correction and profit-taking operations, and the single currency is heading towards recording a weekly loss with the end of today’s session in light of the rise Possibilities of a US interest rate hike following historical inflation data, which recorded its highest level since 1982. 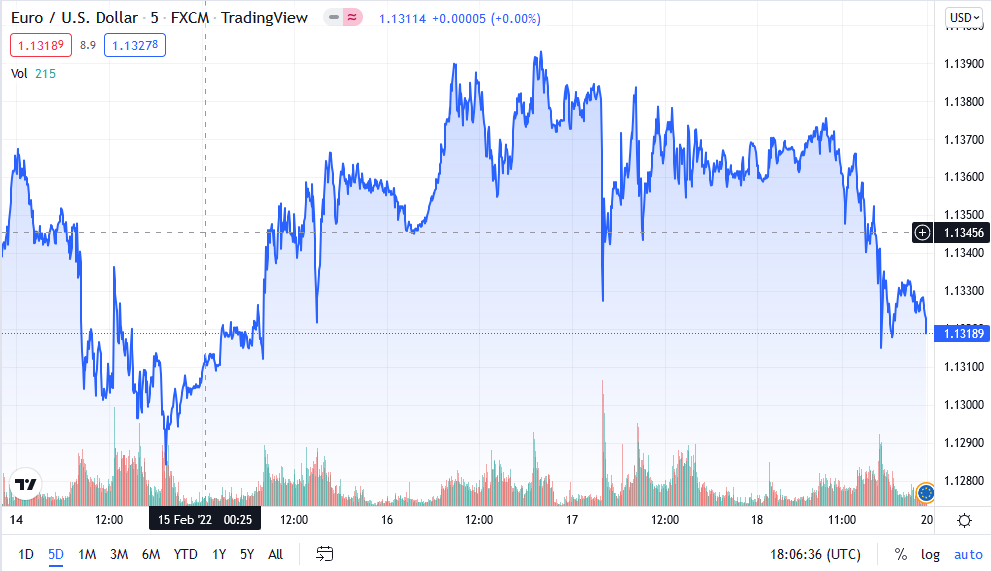 The EURUSD pair traded at the level of 1.1370, losing about 0.5% from the opening level of today’s session at 1.1426 dollars, and at the end of yesterday’s trading, the euro recorded gains against the US dollar by less than 0.1% for the second day in a row, achieving its highest level in three months at 1.1495 dollars.

The single currency is heading towards recording the third consecutive weekly loss against the US currency, with losses estimated at 0.7%, with strong expectations that the Federal Reserve will raise interest rates.

The US dollar rose against the basket of major currencies, and the index recorded at 95.45 points, down by 0.05%. This comes after inflation data that rose to historical levels. The repercussions of the US Consumer Price Index (CPI), which came higher than expected, significantly affected the markets, fueling speculation that the Federal Reserve may increase interest rates more aggressively, leading to the stronger dollar in the forex market.