EURUSD witnessed a rise at the beginning of the week’s trading in the European market, and was able to surpass the level of psychological support of $ 1.2, as part of the rebound from its two-week low recorded last Friday, this improvement comes as investors continue to focus on buying currencies of relevance. The high risks, in addition to the decline in the yield of US Treasury bonds, fell today by about 1%.

At the end of last Friday’s trading, the euro recorded losses against the US dollar by about 0.8%, registering the largest daily decline since the beginning of 2021.

Over the course of last April, the single currency recorded its first monthly rise for this year with gains estimated at 2.5% against the US dollar and is the largest monthly rise since July 2020, driven by investors ’ high-risk appetite and high sentiment permeating the financial markets, after the significant decline in bond yields. The US Treasury reached its lowest level in five weeks, in addition to the consecutive positive economic data from the Euro-Zone, which reflects a faster-than-expected recovery for the region.

The Euro is interacting today with the latest European Union’s first-quarter GDP data, according to the published data, the Eurozone economy overall shrank 1.8% after declining 4.9% in the previous quarter, this decline was better than the expected decline of 2.0%.

In Germany, the economy shrank 1.7% in the first quarter after rising 0.5% in the fourth quarter. This contraction led to an annualized slowdown of 3.3% which was worse than 2.7% in the previous reading.

In Italy, the economy shrank by 0.4% on a quarterly basis and by 1.6% on an annual basis, in general, analysts expect the Eurozone economy to rebound in the second quarter as more countries reopen, members of the bloc have also begun to intensify the vaccination campaign.

The European economy had a difficult start to this year as more countries in the region continued to record higher cases of Coronavirus, and countries also suffered in the vaccination campaign and the effects of Brexit.

The figures came a day after the US published its latest GDP figures, as data revealed that the economy grew by more than 6% in the first quarter as consumer spending rose due to the stimulus, and the government and businesses expanded their spending during the quarter. 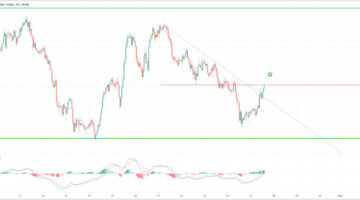