GBPUSD is raising after unexpected US economic data

GBPUSD rose during trading today, Friday, in light of the uncertainty about global economy due to the continuing of “Coronavirus” crisis.

Russian President “Vladimir Putin” announced earlier this week that it had registered first vaccine in the world to prevent Coronavirus, but countries led by United States questioned its effectiveness and safety of use.

European Union signed a deal to buy 400 million doses from British biotechnology company “AstraZeneca”, a promising vaccine developed by the company in cooperation with University of “Oxford”.

It is reported that British Prime Minister “Boris Johnson” has warned that several European countries are vulnerable to a second wave of Coronvirus.

GBPUSD is increasing after US retail sales data

USD retreated against most of major currencies during trading today, Friday, following release of economic data below expectations, and kept its losses in light of continued failure to reach an agreement between Congress leaders regarding the second stimulus package to face repercussions of Coronavirus crisis.

Government data revealed that US retail sales index rose by 1.2% in July, below expectations ratio at 2% compared to a rise of 8.4% in June.

Leaders of Democrats and Republicans in US Congress continue their discussions in order to pass second package of incentives to confront Coronavirus consequences and severe economic damage in United States. 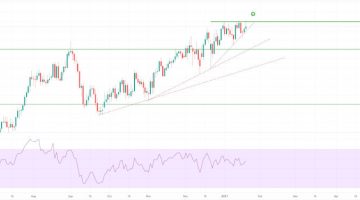