GBPUSD rises after the decisions of the Federal Reserve

GBPUSD rose in the morning trading Thursday in the European market, following the decision of the British Central Bank’s hawkish decision.

GBPUSD is on the rise again 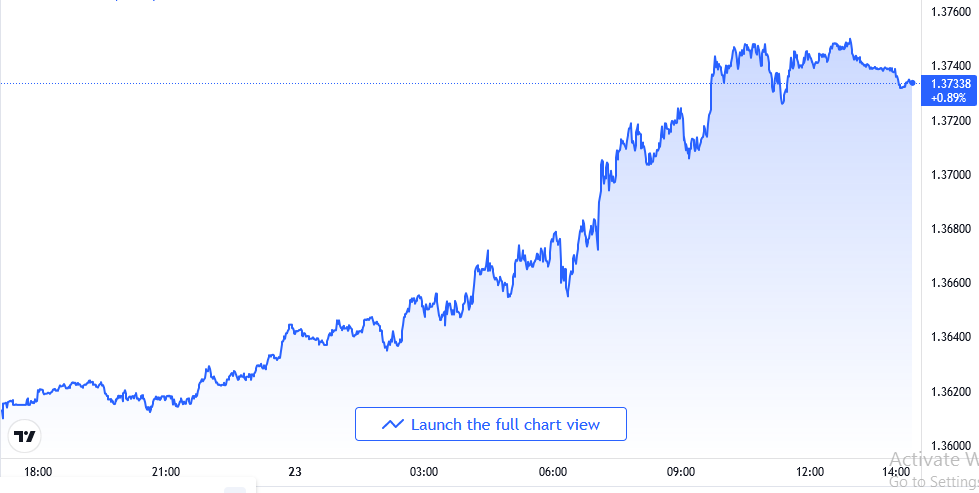 The GBPUSD pair rallied after the Bank of England ended its September monetary policy meeting, and as widely expected, the bank decided to leave rates at a record low of 0.10%, and policymakers also voted to continue with its quantitative easing program (QE). QE) with a value of 875 billion pounds, and the bank lowered its expectations for future growth rates.

In the closing statement, Andrew Bailey said the accountability for tightening monetary policy conditions had been tightened significantly, so analysts believe the BoE will begin to scale back its asset purchase program in the coming months.

However, the UK faces major challenges in the future. First, the vacation program is about to expire, and this means that the country may experience a rise in the unemployment rate, at the same time, the country is facing a rise in energy costs, which has led to the bankruptcy of many companies, Higher energy prices are likely to push the inflation rate above 4%, the bank said in its statement.

In addition, persistent labor shortages and systemic challenges to the supply chain pose significant risks to the UK economy, and the data it published showed that the Manufacturing and Services PMI fell to 56.3 and 54.6 respectively.

Impact of the Federal Reserve’s decision

The GBPUSD pair is also reacting to the relatively hawkish Federal Reserve decision, in its decision issued on Wednesday, the Fed indicated to keep interest rates at their current levels unchanged between 0% and 0.25%, and the bank will also continue its policy Quantitative Easing (QE) of $120 billion per month.

However, policy members have hinted that the bank may start tapering off in the coming months, and the bank expects interest rates to rise from 6 to 7 by 2024.