Gold prices jumped more than 2% during today’s session in the European market, in the second consecutive daily gain, recording its highest level in 13 months, above the important psychological barrier of 1950 dollars an ounce. Especially after Russia launched a military attack on Ukraine in the wake of President Vladimir Putin’s orders to carry out what he described as a special military operation. 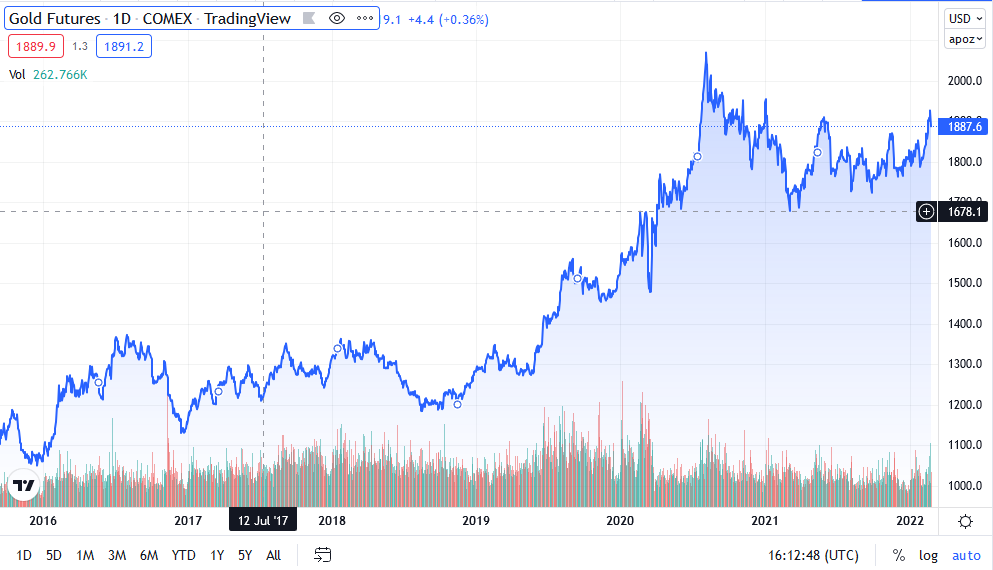 This broad rise in prices recently is supported by the increasing purchases of the metal, as it is one of the best safe havens in times of war and geopolitical turmoil, as gold has risen by more than 8% since the beginning of this February, surpassing the important psychological barrier of 1950 dollars an ounce, and heading towards a better record. Monthly performance since July 2020, with the impact of the Russian-Ukrainian crisis on the decline in risk appetite in global markets.

The developments of the Russian-Ukrainian crisis

Russian President Vladimir Putin announced in a speech in the capital, Moscow, that the Russian army will launch military action in Ukraine.

For his part, US President Joe Biden condemned the military attack launched by Russia and stated that the world will hold Russia accountable for the invasion of Ukraine, which supported investors to transfer liquidity to safe havens, especially precious metals and currencies, the US dollar, the Japanese yen, and the Swiss franc.

It is worth noting that the crisis of Russia and Ukraine entered a new phase this week after the United States and the West announced their readiness to impose significant economic sanctions on Moscow after President Putin officially recognized the independence of two pro-Russian separatist regions in eastern Ukraine, which are the regions of “Donetsk and Luhansk”, which raised fears of an outbreak of A new war in Europe.