Gold prices rose slightly during today’s session in Asia, amid weak trading in light of the holiday, as those gains were supported by the decline in long-term US Treasury bond yields, but the metal is still on its way to recording the worst annual loss in 6 years, due to the slowdown in demand levels for the metal. as a safe haven. 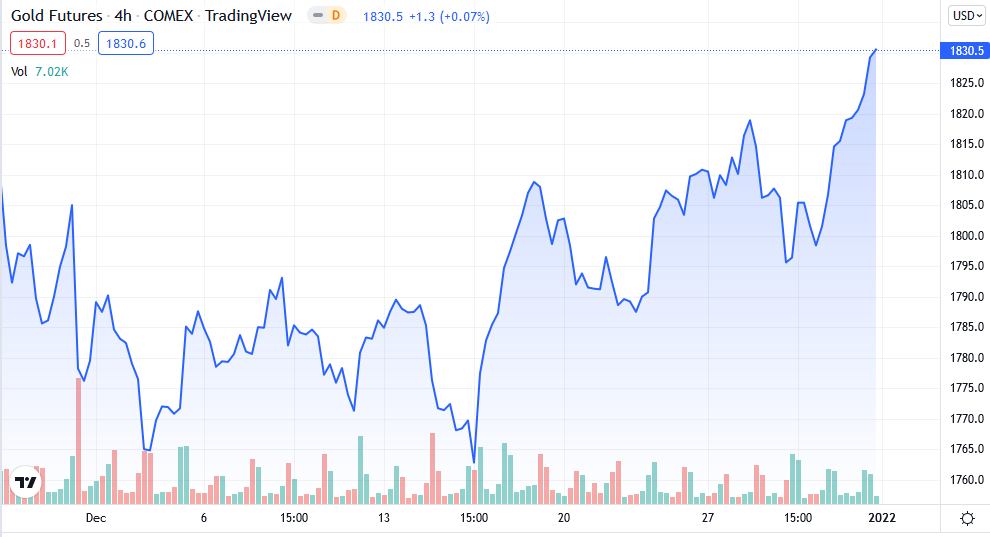 Over the course of this year’s trading, which officially ends when today’s settlement is reached, gold prices have lost 4% so far, after rising by 48% in the past two years, heading towards recording the first annual loss in the last three years and the worst annual performance since 2015.

On the other hand, the yields of the benchmark US 10-year Treasury bonds fell again after reaching their highest levels in a month during Thursday’s session, which raised the opportunity cost of non-yielding gold bullion, and with the current decline in bonds, gold rose in the absence of major catalysts with The presence of many traders in the New Year holiday.

According to an opinion poll conducted by “Reuters” last October, the price of gold is expected to record 1,750 US dollars per ounce on average during 2022, down from previous expectations due to pressures from a possible increase in interest rates by major global central banks.

The US dollar is falling

At the same time, the dollar index, which measures the strength of the US currency’s performance against a basket of 6 major currencies, moved away from its lowest level in a month recorded earlier in trading, as investors looked beyond this rise in cases of the “Omicron” mutated and that its risks are limited. With the efforts that most of the world’s governments are currently making to prevent the outbreak of the epidemic and their resistance to imposing closures, market participants preferred currencies with higher risks.