According to several Top UK forex platforms, the gold price rose in the European market on Thursday , extending its gains for the second day in a row, on its way to trade above $ 1,900 an ounce again, based on the decline of the US dollar against a basket of global currencies.

The dollar index fell on Thursday by more than 0.1%, to continue its losses for the second day in a row, reflecting the continued decline in the levels of the US currency against a basket of major and minor currencies, which is in the interest of the rise in gold prices and other metals denominated in the US dollar.

The dollar is declining as risk appetite increases

This decline in dollar levels comes due to slowing demand for the dollar as the best alternative investment, in light of the positive sentiment that dominates global financial markets, and investors’ focus on buying high-yielding assets.

Sentiment improved again after some fiscal spending was approved in the United States, to cope with the economic damage caused by the Coronavirus pandemic, following the postponement of political talks on the new relief program after the US presidential election.

On the other hand, the minutes of the last meeting of the Federal Reserve, which was held on September 15-16, showed that US monetary policymakers noticed that the US economy is recovering at a faster rate than expected during the third quarter compared to the second quarter of this year.

The gold holdings of the SPDR Gold Trust, the largest global index fund backed by gold, remained unchanged yesterday, with the total continuing at 1,271.52 metric tons, which was the lowest level since September 28. 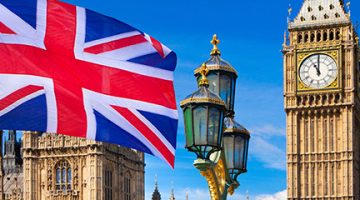 GBPUSD is rising with the launch of Corona vaccines