Global oil prices declined during the trading session today, Wednesday, in the European market, approaching its second daily loss in the last three sessions. This decline came as a result of renewed demand concerns in the United States, “the largest oil consumer in the world,” after an increase that exceeded expectations about commercial crude stocks in the country, according to data. Preliminary for the American Petroleum Institute.

At the conclusion of trading on Tuesday, US crude oil was able to achieve gains of 1.8%, and Brent crude, the global price benchmark, also gained 1.3% in the third daily gain during the last four sessions, as prices received more support recently thanks to the hopes of demand in the United States and Europe.

The American Petroleum Institute announced, in preliminary data published on Tuesday, that commercial crude stocks in the United States rose by about 4.3 million barrels during the past week ending on the twenty-third of the current month of April, the second consecutive week’s increase, this exceeded the economic expectations that indicated an increase of 0.5 million barrels.

This comes as investors await, later today, the official data on stocks and production levels, which are the most reliable in the markets and clearly affect price movements, within the weekly report of the US Energy Information Administration, and expectations indicated a decrease in stocks by 0.9 million barrels.

Other than that, the very rapid spread of coronavirus cases in India, “the third-largest consumer of oil in the world,” and other countries such as Japan and Brazil cast doubts on near-term demand recovery and dampens market sentiment.

The ministerial meeting of the “OPEC Plus” coalition concluded on Wednesday to proceed with the implementation of the increases that were approved during the meeting of the ministerial committee in charge of following up the agreement to reduce production early this month.

For its part, the Kingdom of Saudi Arabia, “the largest oil producer in OPEC,” said that it would also backtrack during that period from its voluntary reduction by one million barrels, which it had done since last February. 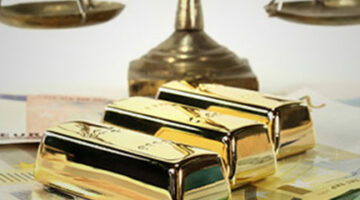